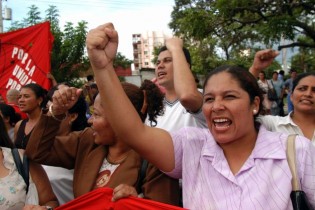 By Inna Michaeli
“One challenge we are facing is that we are invisible as a region, and the feminist movement is invisible, both inside and outside the region.” Natalia Karbowska, Board Chair of Ukrainian Women’s Fund said at a session on Eastern and South-East Europe, Caucasus, and Central Asia: Getting (back) on global feminist map during the recent AWID Forum held in Bahia, Brazil from the 8th-11th September, 2016.
ADVERTISEMENT ADVERTISEMENT