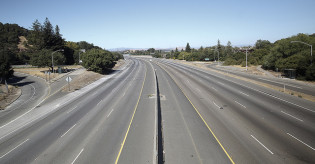 By Janet Larsen and Sara Rasmussen
The global average temperature in 2011 was 14.52 degrees Celsius (58.14 degrees Fahrenheit). According to NASA scientists, this was the ninth warmest year in 132 years of recordkeeping, despite the cooling influence of the La Niña atmospheric and oceanic circulation pattern and relatively low solar irradiance.

By Janet Larsen
The world's farmers produced more grain in 2011 than ever before. Estimates from the U.S. Department of Agriculture show the global grain harvest coming in at 2,295 million tonnes, up 53 million tonnes from the previous record in 2009.

By Janet Larsen
Future firefighters have their work cut out for them. Perhaps nowhere does this hit home harder than in Australia, where in early 2009 a persistent drought, high winds, and record high temperatures set the stage for the worst wildfire in the country's history.
ADVERTISEMENT ADVERTISEMENT