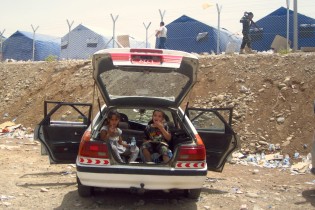 By Jewan Abdi
No one here has heard of the Sochi Winter Olympics. But the snow conditions are perfect in these Kurdish mountains of Iraq and 11-year-old Syrian refugee Hassan Khishman is thrilled to glide on skis for the first time.
ADVERTISEMENT ADVERTISEMENT