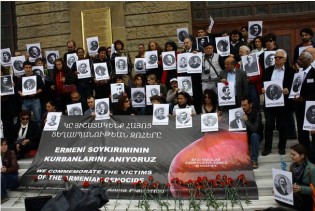 By Joshua Kucera
Central Asian states do not face an “imminent” threat posed by Islamic militants, but they need U.S. assistance to help defend against potential dangers, according to top U.S. diplomats.

By Joshua Kucera
China is increasingly active in Central Asia, building pipelines and infrastructure projects, as well as expanding its diplomatic and cultural presence in the region.

By Joshua Kucera
U.S. officials are happy with a programme that helps steer Pentagon contracts to local businesses in Central Asia. But Central Asian governments are grousing that they aren’t making enough of a profit off of the Afghan war.

By Joshua Kucera
When it comes to the brewing arms race in the Caspian Sea region, no one can accuse Turkmen leader Gurbanguly Berdymukhamedov of navel-gazing. Ashgabat is now able to back its claims to some energy-rich patches of the sea with considerable firepower.

By Joshua Kucera
The United States and Kazakhstan are exploring the idea of expanding the amount of military cargo passing through Kazakhstan into and out of Afghanistan. The focal point of the discussions is the Caspian port city of Aktau.
ADVERTISEMENT ADVERTISEMENT