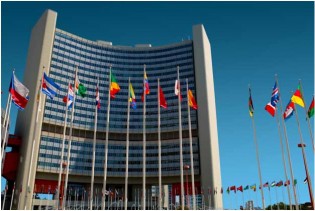 Going Full Circle for Growth and the Planet

By Li Yong and Hong Joo Hahm
The business case for making our economy more sustainable is clear. Globally, transitioning to a circular economy - where materials are reused, re-manufactured or recycled-could significantly reduce carbon emissions and deliver over US$1 trillion in material cost savings by 2025.(1) The benefits for Asia and the Pacific would be huge. But to make this happen, the region needs to reconcile its need for economic growth with its ambition for sustainable business.

By Li Yong
Since the turn of the millennium, Africa has experienced a steady and unprecedented economic growth. However, poverty continues for people across the continent, especially in the sub-Saharan region. Unemployment and inequality have remained high. The rural population and the urban poor, women and youth, have not benefited from economic growth.

By Li Yong
Since 2000 the continent of Africa has recorded impressive rates of economic growth. This remarkable performance has been largely driven by the prolonged commodity boom and development assistance. While the continent shows great diversity in the socio-economic trajectories of its countries, growth rates have generally masked an underlying lack of structural transformation, which is needed to achieve socially inclusive and environmentally sustainable development.

Industrialization for a Sustainable Future

By Li Yong
World leaders are recognizing the crucial role of industrialization in eliminating absolute poverty and promoting sustainable development. This was especially evident at the recent G20 Summit in Hangzhou, China, which I attended as a member of the delegation of the United Nations Secretary-General, Ban Ki-moon. The gathering demonstrated the growing consensus on the need for renewed efforts to facilitate inclusive and sustainable industrialization as one of the main drivers of economic growth and structural transformation in Africa, and especially the least developed countries (LDCs).

By Li Yong and A.L. Abdul Azeez
As representatives of the United Nations Industrial Development Organization (UNIDO), we are sometimes asked whether industrial development is still relevant to a world which many observers have claimed over the past decades to have entered the “post-industrial age”. Our answer is always an emphatic “yes”, shaped both by the evidence of history and current events.
ADVERTISEMENT ADVERTISEMENT