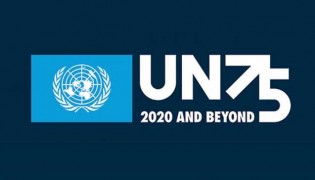 By Mark Malloch-Brown
Kofi Annan’s Secretary-General-ship was a second honeymoon for the UN, coming six years after the fall of the Berlin Wall it was a moment of hope and alignment between the major powers of which he took ample advantage.

By Mark Malloch-Brown
Let me begin with an appeal to our venerable friend, the UN: get down on the ground with the grandchildren. Just having celebrated its 75th birthday, we can hear your knees creak! The UN, for as long as I have known it up close- since its thirties- has often seemed prematurely old.
ADVERTISEMENT ADVERTISEMENT