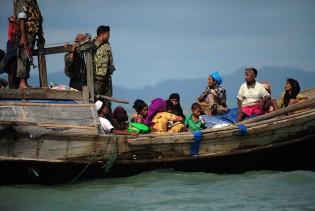 By Dr Maung Zarni
The persisting humanitarian crisis of the Rohingya minority in Myanmar has been a global concern after two bouts of organised mass violence against them in 2012. While the Rohingya persecution has been going on for nearly four decades, Myanmar’s reforms launched in 2011 facilitated the international media’s coverage of the mass violence.
ADVERTISEMENT ADVERTISEMENT