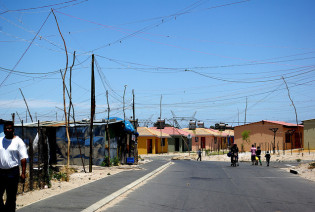 The Quest for the Autonomy of Mining DRC Province

By Maurice Wa ku Demba
The Mai-Mai Kata-Katanga rebel group operating in Katanga, in south eastern Democratic Republic of Congo, say that they are engaged in an armed campaign for the autonomy of the province because they have not benefited from its rich mineral deposits.
ADVERTISEMENT ADVERTISEMENT