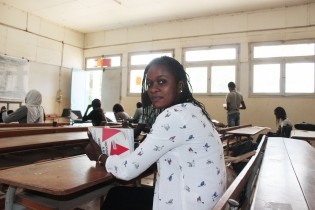 By Mikaila Issa
It is four o'clock in the afternoon in Senegal’s capital, Dakar, when pupils, students and workers begin to fill the municipal town halls of Grand Yoff and Sociocultural Centre Grand Médine to attend a unique community event - a film screening and a debate.
ADVERTISEMENT ADVERTISEMENT