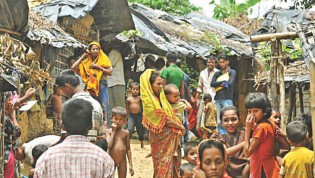 By M. Mizanur Rahman
The Rohingyas are probably one of the only ethnic groups in the world whose existence is denied despite their presence. Although Rohingyas are one of the 136 ethnic groups in Myanmar, they have been most widely used as a political pawn in the country. While giving a glimpse of the history of the Rohingya issue, this article will also look at how Myanmar as a nation is thriving upon a flawed premise, thereby risking its image which the country only recently re-established in the international world after its return to democracy.
ADVERTISEMENT ADVERTISEMENT