Stories written by Moses Magadza
Winner of the prestigious SADC Media Award (2008) and nine other journalism awards, Moses Magadza is a Zimbabwean journalist and editor. He lives in Windhoek, Namibia, where he is studying further. 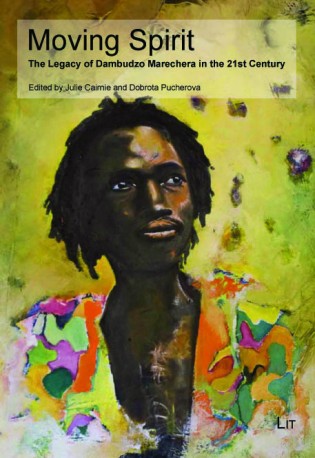 By Moses Magadza
Obed Kamburona has tried to grow many different crops on his large farm, but the dry sandy soil in Otjovanatje has thwarted him every time.

By Moses Magadza
"The old man died beneath the wheels of the twentieth century. There was nothing left but stains, bloodstains and fragments of flesh... And the same thing is happening to my generation." - Dambudzo Marechera, House of Hunger

By Moses Magadza
Namibia is experiencing flooding on a scale last seen nearly 50 years ago. The northern parts of the country are the worst hit.

By Moses Magadza
Namibian women’s rights activists say existing gender legislation has failed to improve women’s lives because it is not being implemented widely enough. Last August, Namibia signed the Southern African Development Community (SADC) gender protocol but politicians have yet to ratify it.

By Moses Magadza
The Southern African Development Community (SADC) Parliamentary Forum has set its sights on becoming a regional parliament with law-making powers. The body was established in 1997 to create a platform for the region's legislators to share knowledge and experiences in governance.

TRADE: Exporting Inside Africa as Expensive as Exporting to Asia

SOUTHERN AFRICA: Groundwater: How Much Is There?

By Moses Magadza
A shortage of trained specialists who can assess and manage groundwater resources is a factor inhibiting its use in the Southern Africa region.

By Moses Magadza
Groundwater - water located beneath the ground in soil or rock formations - is a secure source of water that if properly managed can last for centuries. The challenge is how to locate it and monitor the effects of its use.

By Moses Magadza
Namibian gender activists applaud the goal of a 50/50 split of women and men in government by 2015, but warn that the real work is only just beginning.

By Moses Magadza
Water ministers of countries that share the Zambezi River will finally launch a long-standing initiative to promote sustainable utilisation of water resources at a meeting in Tanzania in November 2008.

By Moses Magadza
A top businessperson and some economists in Namibia are optimistic that the proposed Southern African Development Community (SADC) Customs Union will break down trade barriers in the region and create competition that will benefit the ordinary consumer.
ADVERTISEMENT ADVERTISEMENT