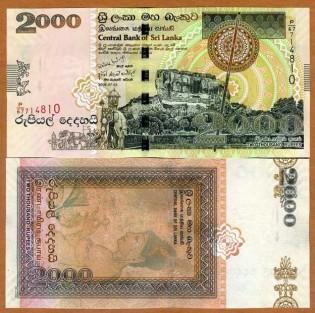 By Neville de Silva
When I ended last month’s column hoping that April would not prove to be hapless Sri Lanka’s ‘cruellest month’ (in the words TS Eliot), I hardly anticipated the current turn of events.

In Sri Lanka, Rajapaksas on the Ropes

By Neville de Silva
With the economy in freefall and basics such as food and fuel in dangerously short supply, there is mounting public anger against a failing and desperate government in Sri Lanka.

A Clash of Alms

By Neville de Silva
Driven by unprecedented hardship to pass round the begging bowl, Sri Lanka has become the centre of a tussle between Asia’s two superpowers.

By Neville de Silva
For well over a century Ceylon, now Sri Lanka, has been known to the world as the ‘Pearl of the Indian Ocean’ for its multifaceted attractions. That is until blurb writers ruined it all with hyperbolic epithets that obscured the country’s magnetic charms, which attracted visitors from around the globe.

From Non-aligned to One Aligned

By Neville de Silva
June 4, 2021 marks 30 years since the killings of an undisclosed number of Chinese protestors at Beijing’s Tiananmen Square. For many years, the Chinese government and its ruling Chinese Communist Party (CCP), with characteristic understatement, called it the ‘June Fourth incident’.

From the Penthouse to the Dog House

By Neville de Silva
All that goes up must come down was considered a truism from the days of yore. The apple that descended on the Newtonian dome-probably a fable anyway- had obviously got Sir Isaac thinking. So was born what is called the law of gravity.

By Neville de Silva
It is indeed a giant step for mankind. Both the print and electronic media in many countries carried the startling and happy news last week about a major breakthrough in scientific research that would have huge ramifications. A joint team of scientists from the US and South Korea has discovered how to eliminate deadly heart disease running in families by editing a piece of faulty DNA.

By Neville de Silva
The world might not think much of the inventive genius of Sri Lankans. But where else would you find politicians that can inflate their egos (besides other things) into unbelievable proportions with nothing more than hot air which can generate enough power to meet a temporary energy crisis caused by striking workers.

By Neville de Silva
It was a week of tragedy and farce. Here in the UK death came suddenly and unexpectedly one night last week. The country went into mourning as the single biggest suicide bomb attack in the UK brought home a reality. Home grown terrorism is as alive here as transnational terrorism which has taken root in continental Europe.

Playing Pandu with the Press

By Neville de Silva
Overawed by the May Day public display of support for their political opponents and even for their partners in government and perhaps exhausted by their own efforts to convince the people that promises made two years ago have not been forgotten, our ruling elite seem to have forgotten one important event.

May Does a Mahinda but Without Astrology

By Neville de Silva
So it is May’s day. Prime Minister Theresa May who pledged that she will run her course as Prime Minister and dismissed the idea of an early election did a rather sudden u-turn. Those who remember the Margaret Thatcher era would recall her October 1980 conference speech when she told those waiting “with bated breath” for a Thatcher u-turn “You turn if you want to. The Lady’s not for turning”. She was punning on the title of the Christopher Fry play “The Lady’s Not for Burning”.
ADVERTISEMENT ADVERTISEMENT