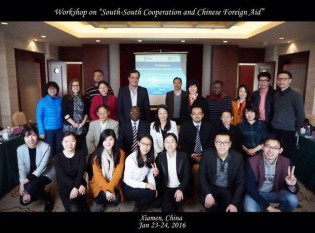 By Pratyush Sharma
China’s strength in South-South Cooperation (SSC) lies in its carrying out big-ticket infrastructure projects in diverse developing countries. It is remarkable in terms of project scale, speed and cost-effectiveness and has been playing a positive role in promoting partner’s nation-building, economic development and social progress. However, the swift completion of China’s infrastructure projects also has its sets of problems like little or no paper-work leading to lack of transparency, oversight and post-project monitoring. The backlash against Chinese labourers employed by Chinese companies in developing countries has been routinely highlighted by the international media with allegations of skirmishes with the local population, corruption coupled with resource theft.
ADVERTISEMENT ADVERTISEMENT