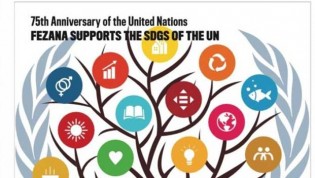 By Ramu Damodaran
Legends are the lodestars of history, the marriage of Sir Dorabji Tata with Meherbai on Valentine’s Day of 1898 among the most lyrical of them. Two years later, he gifted her the Jubilee Diamond, the sixth largest diamond in the world, twice as large as the Kohinoor.

By Ramu Damodaran
One of the first resolutions adopted by the United Nations General Assembly, on the location of the headquarters of the Organization, gives the United Nations “exclusive rights over the subsoil of land conveyed to it, and in particular the right to make constructions underground and to obtain therefrom supplies of water.”
ADVERTISEMENT ADVERTISEMENT