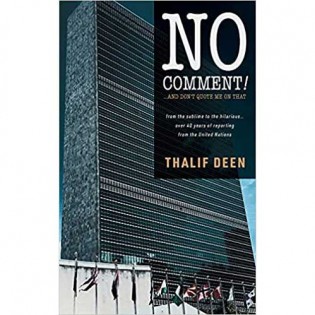 When the Glass House by the East River Exploded in Laughter….

By Rodney Reynolds
Created in 1945 following the devastation caused by World War II, the United Nations was mandated with the task of maintaining international peace and security as one of its primary political missions. But the seriousness of its far-reaching mandate has been tempered by occasional moments of levity which have rocked the “glass house by the east river” with laughter -- as recounted in a newly-released book on the United Nations titled “No Comment –and Don’t Quote me on That”.

By Rodney Reynolds
Siddharth Chatterjee, who has served with the United Nations for over 20 years, has been appointed as the new Resident Coordinator in China, the world’s second largest economy after the United States.
ADVERTISEMENT ADVERTISEMENT