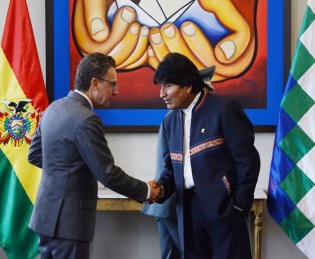 By Ronald Joshua
The United Nations Office on Drugs and Crime (UNODC) has praised Bolivia for reducing coca bush cultivation for the fourth year in a row. According to the latest Coca Crop Monitoring Survey, released Tuesday in La Paz, coca cultivation declined by 11 per cent in 2014, compared to the previous year.
ADVERTISEMENT ADVERTISEMENT