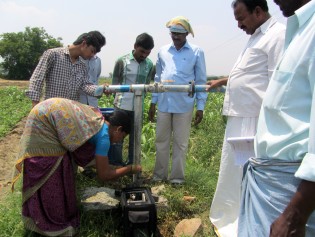 Q&A: “The Knowledge of Local Challenges Can Only Come from Working with People”

By Saahil Kejriwal and Rachita Vora
The remarkable story of an Adivasi lawyer and social activist who has led peoples’ movements against state development policies, and sought redress for human rights violations of his people in conflict-ridden regions of Maharashtra.
ADVERTISEMENT ADVERTISEMENT