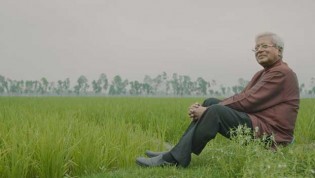 By Scott MacMillan
About seven years ago, I started working on a project with Sir Fazle Hasan Abed, the founder of BRAC. It was originally supposed to be a memoir: the story of Abed, the mild-mannered accountant who would rid the world of poverty, as told by the man himself. I was privileged to be Abed’s speechwriter for the last several years of his life, and I would sit for hours listening to stories from his remarkable life: of his boyhood in British India, his love life in London in the 1960s, his three marriages, and how, in 1972, with a few thousand pounds from the sale of his flat in Camden, he launched a small nonprofit organization to aid refugees, originally called the Bangladesh Rehabilitation Assistance Committee. Many people would go on to call BRAC, which Abed led until his death in 2019, the world’s most effective anti-poverty organization.
ADVERTISEMENT ADVERTISEMENT