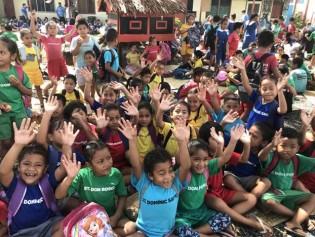 By Simona Marinescu
With 147 million children around the world missing half of their in-person instruction over the last two years and around 24 million never returning to school, humanity is experiencing a deep learning crisis.

By Simona Marinescu
This year it will be 128 years since the right of women to vote was first recognized, with New Zealand becoming the first nation to allow the participation of women in its general election in 1893. From the suffragettes - to today’s feminists, both men and women have fought to increase women’s political participation and representation. It has been a slow, sometimes bitter and occasionally even dangerous struggle. Yet global progress remains slow and uneven – as it does in Samoa. As we approach the 2021 General Election on 9 April, it is important to remember that women’s full and effective participation in all areas of life drives progress for everyone.

By Simona Marinescu
In the February 12th editorial on the issue of illicit drug use, the Samoa Observer stated that “… there is no data currently available to show that drug abuse including meth consumption levels in Samoa have reached crisis levels, which would warrant the government considering decriminalizing drug use and consumption.” The United Nation’s position on this is clear, we must not sit by and wait for a problem to blight our communities before acting. The evidence shows that it is cheaper and more effective to prevent drug use than to deal with the consequences. To be clear, my concerns are for the drug users and their families and not for the criminal dealers.

By Simona Marinescu
Earlier this month, and in December 2020 the Government of Samoa conducted operations that resulted in the confiscation of a total of 1,400 grams of methamphetamine at the border, smuggled from the US. The law enforcement officials (from the Ministry of Customs and Revenue and the Ministry of Police and Prisons) that intercepted these drugs deserve congratulations for their professionalism and skill. Meth is destructive and harmful - and it is good to see this potential threat removed from the community.
ADVERTISEMENT ADVERTISEMENT