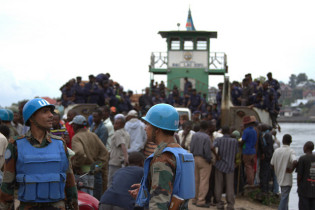 By Stanley Karombo
Kholekile Dlamini has been devastated by the death of her son Xolani Dlamini, a South African National Defence Force soldier who died in the Central African Republic. Like many South Africans, she had not even been aware of the SANDF deployment to the resource-rich nation.
ADVERTISEMENT ADVERTISEMENT