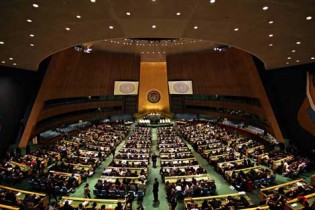 By Tariq Rauf
A historic conference on the Middle East opened at the United Nations in New York on 18th November and will continue until 22nd November. The Conference on the Establishment of a Middle East Zone Free of Nuclear Weapons and Other Weapons of Mass Destruction is presided over by Ambassador Sima Bahous of Jordan.
ADVERTISEMENT ADVERTISEMENT