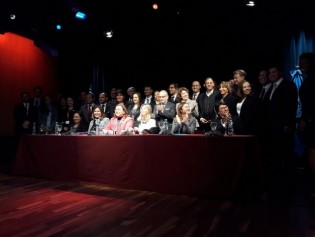 By Thelma Mejía
The new official secrets law in Honduras clamps down on freedom of expression, strengthens corruption and enables public information on defence and security affairs to be kept secret for up to 25 years, according to a confidential report seen by IPS.
ADVERTISEMENT ADVERTISEMENT