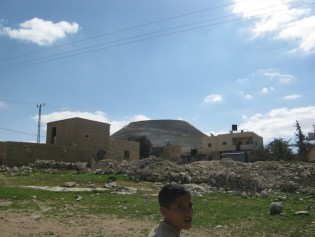 By Pierre Klochendler
“This is King David’s palace!” proclaims the Israeli tour guide with much fanfare, ignoring the cautionary “King David’s Palace?” legend on the sign. Opportunely opening the Bible, he reads from 2 Samuel 6:16, “As the Ark of the Lord came to the City of David…”
ADVERTISEMENT ADVERTISEMENT