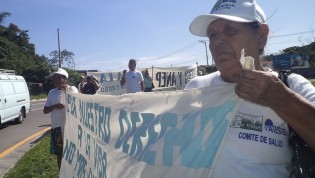 By Edgardo Ayala
The few tenths of a percentage between presidential candidates in the elections of Sunday Mar. 9 have been confirmed in the final vote tally, keeping the right in El Salvador in the opposition – and increasingly antagonistic toward the second consecutive government of the leftwing FMLN.
ADVERTISEMENT ADVERTISEMENT