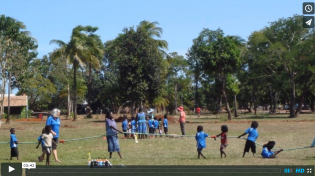 By Neena Bhandari
Marama Pala, hailing from Waikanae on the west coast of the North Island of New Zealand, was diagnosed with HIV at 22. The news of her diagnosis spread like wildfire in her tight-knit Maori community.
ADVERTISEMENT ADVERTISEMENT