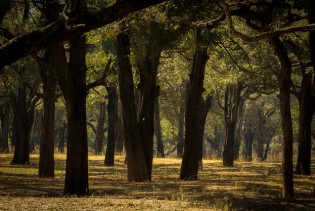 Steven Nyambose used to sell charcoal for a living until he discovered that the trees could be more lucrative in another way - through cutting them down and selling the logs to international buyers.