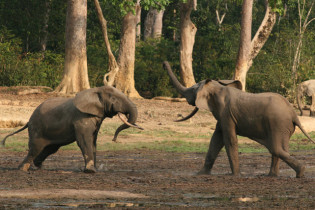 By Baradan Kuppusamy
Age-old customs and traditions that allow licenced traders to collect and sell marine turtle eggs to locals and tourists alike are driving the creatures to extinction, Malaysian conservationists charge.

By Baradan Kuppusamy
Kunasekaran Krishnan (43) is a member of the Socialist Party of Malaysia (PSM) who hopes his newly released CD of 10 “revolutionary songs” will help convince voters to back the Pakatan Rakyat (People’s Alliance) in the general election that is widely expected to be held this year.

By Baradan Kuppusamy
Despite a wave of reforms washing over the country, the Malaysian government-controlled media remains muzzled, mostly because ruling elites fear a free press will erode their iron grip on society.

By Baradan Kuppusamy
Foreign workers, mostly from Indonesia, now make up just over 10 percent of Malaysia’s workforce of 14 million people, both in the formal and informal sectors, according to the latest government statistics.

By Baradan Kuppusamy
Malaysia’s new internal security law is as draconian as the colonial law it has replaced, but has the saving grace that it will not target political opponents of the government, say critics.

By Baradan Kuppusamy
As Prime Minister Najib Razak prepares to dissolve parliament for snap polls, Malaysia’s socialists are seeing an opportunity to make a comeback after nearly five decades in the political wilderness.

By Baradan Kuppusamy
Malaysia plans to introduce a national minimum wage for its workers against stiff opposition from employers and manufacturers who warn that such a policy would shut down nearly 200,000 small and medium enterprise (SME) units.

By Baradan Kuppusamy
Ideally, Malaysia’s affluent households could meet their need for domestic help by tapping on Indonesia, a large country with linguistic and cultural similarities - but Jakarta has placed a ban on its nationals working as domestics in the neighbouring country.

By Baradan Kuppusamy
Malaysians protesting against an Australian-owned rare earth refinery, that will generate radioactive waste, are determined to agitate until the project is abandoned.

By Baradan Kuppusamy
With the 83-million-dollar ‘cowgate’ scam refusing to die down, a shadow hangs over Prime Minister Najib Razak’s plans to call elections ahead of April 2013, when they are due.

By Baradan Kuppusamy
Fears of radioactive poisoning have fuelled a protest against an Australian mining company building the world’s largest rare earth processing plant outside China.

By Baradan Kuppusamy
A government plan to control online media has sparked widespread protest from journalists and lawmakers who say the move is a sign of the ruling party’s desperation as it prepares for a "do or die" general election.

By Baradan Kuppusamy
Muslim engineer Azman Ismail has sparked a huge storm of criticism, invited official censure and even death threats by going on YouTube.com and confessing that he is a gay.

By Baradan Kuppusamy
As the tabling in Parliament of a proposed law affecting their ancestral land draws near, Malaysia’s Orang Asli or ‘original people’ are gearing up anew for moves to challenge it.

By Baradan Kuppusamy
As Malaysia gears up for what is expected to be a crucial general election in 2011, the government is tightening up against widely popular political cartoons and blogs that the ruling party fears will translate into voters’ support for the opposition.
Next Page »
ADVERTISEMENT ADVERTISEMENT