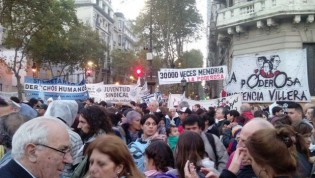 By Fabiana Frayssinet
The ratification as Argentina’s army chief of an officer accused of involvement in crimes against humanity during the 1976-1983 dictatorship has revived the debate about the thin line between the moral and judicial responsibility of those let off the hook by an amnesty law for merely “following orders”.
ADVERTISEMENT ADVERTISEMENT