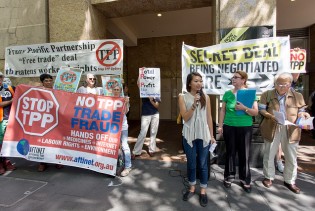 By Jared Metzker
As a new round of talks behind a major proposed free trade area, the Trans-Pacific Partnership (TPP), get underway this week, the United States is pushing several developing countries to accept provisions that critics say would make it more difficult for their citizens to access medicine.
ADVERTISEMENT ADVERTISEMENT