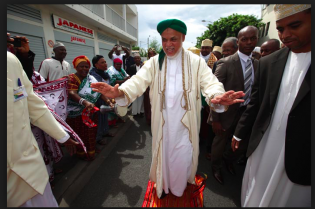 By Busani Bafana
President Azali Assoumani of the Comoros Islands is tightening his grip on power. First, he insisted on holding a referendum allowing him to extend his term of office and abolish the country’s constitutional court. Which he won. And now, the lawyer of former President Ahmed Abdallah Sambi has said that his client has been charged Tuesday with corruption and the misappropriation of public funds in a passport fraud.
ADVERTISEMENT ADVERTISEMENT