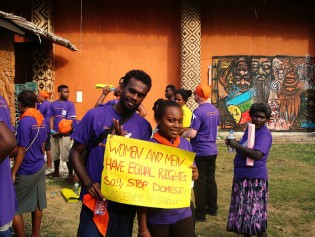 By Stephen Leahy
U.S. Secretary of State Hillary Clinton was greeted as celebrity-royalty by Cook Islanders during an unprecedented visit at the end of last week to attend a regional meeting of Pacific island nations here.