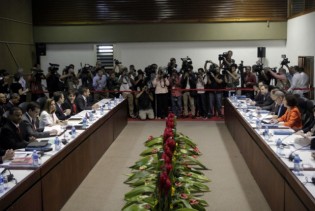 By Patricia Grogg
The landscape is changing in Cuba’s cities and towns, with political slogans giving way to lighted signs  advertising the best of local and international cuisine and air-conditioned lodgings – signs of an emerging private sector that was inconceivable until recently.

By Leonardo Padura
For the Cuban economy, the year 2014 is set to start with the opening of the first installations in the Special Economic Development Zone in the upgraded Mariel port, 70 km west of Havana.
ADVERTISEMENT ADVERTISEMENT