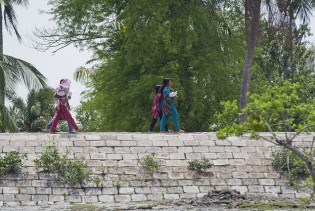 By Malini Shankar
“No casualties have been reported till now,” India’s National Disaster Management Authority (NDMA) declared at 9:30 am the morning after the near Super Cyclone ‘Phailin’ made landfall in India’s east.
ADVERTISEMENT ADVERTISEMENT