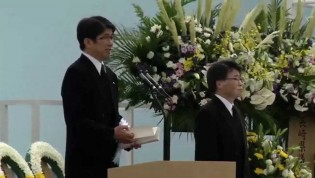 By Mairead Maguire
How can we explain that in the 2lst century we are still training millions of men and women in our armed forces and sending them to war?
ADVERTISEMENT ADVERTISEMENT