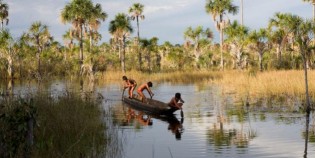 By Lansana Gberie
When on 15 February the chair of the World Trade Organization’s (WTO’s) General Council, Ambassador David Walker of New Zealand, announced that Dr. Ngozi Okonjo-Iweala would be the new Director-General, the mood among delegates was of relief.
ADVERTISEMENT ADVERTISEMENT