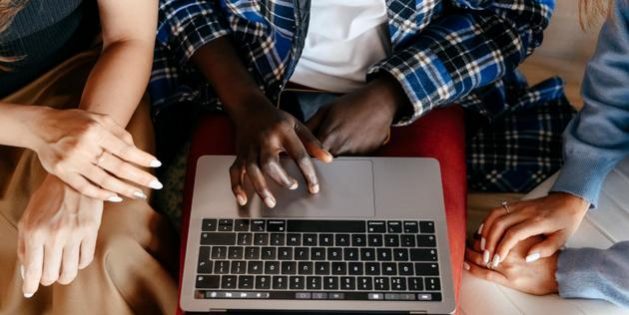 WASHINGTON DC, Apr 15 2021 (IPS) - Gender stereotyping in the media has a significant impact on how women and gender minorities are perceived. In turn, it affects their opportunities to fully and effectively participate in public life.

Lack of inclusivity in the media is one reason for widespread gender stereotyping. Recent findings from the 2020 Global Media Monitoring Project show that the news media falls far short of being an inclusive space for women, for example. The study found that women are subjects or sources in the news just 26% of the time, and that only 31% of experts consulted for televised COVID-19 stories were women.

The news media falls far short of being an inclusive space for women - Women are subjects or sources in the news just 26% of the time, and only 31% of experts consulted for televised COVID-19 stories were women, finds study 2020 Global Media Monitoring Project

To discuss what we can do to counter stereotypes about women and gender minorities in news coverage, NGO CSW65 –– the civil society side of the UN Commission on the Status of Women –– convened a panel discussion, moderated by ICFJ President Joyce Barnathan. The panel explored the media’s role in mitigating gender stereotypes, and the potential for regulatory frameworks to counter its prevalence in the media.

Here are some key takeaways.

Education is the most effective approach to fighting gender stereotyping in the media, the panelists said. The goal is to train newsrooms so that reporters can consciously rid themselves of their own biases. “Often, the media pursues stories because it wants to meet a deadline and there is not too much time to learn the nuances of the issue,” said Alaka.

Education initiatives should start with the basics, said Tobal, since many people don’t even understand what gender stereotypes are. Many journalists think that taking gender into consideration when covering a story, and actively trying to fight the stereotypes that come with it is a trend they can quickly master, she added. “They want magic solutions, like a checklist or a quick workshop, or a quick talk and send,” she said. “But the issues are very complex.”

Pellot’s Taboom Media works to improve media coverage of LGBTQI+ rights. Without training, such topics are often misunderstood, and lack of education on LGBTQI+ issues can lead to further gender stereotyping. Pellot and his team train journalists on the concepts of informed consent and anonymity, for example, as they relate to LGBTQI+ individuals.

“Everyone has met a woman in their life, they know women. But the same is not necessarily true for sexual and gender minorities,” said Pellot. As such, educating newsrooms about LGBTQI+ coverage is focused on learning basic terminology and expanding the definition of gender.

Newsrooms and journalists often have little incentive to change how they incorporate gender perspectives in their reporting. Panelists agreed that these initiatives need to come from leadership.

If activists and organizations can make it clear that better coverage of women and gender minorities is essential for sustainability, more newsrooms might seek training and create better incentives for their staff. As Barnathan pointed out, if a news outlet excludes 50% of its audience it will have a hard time thriving for much longer.

Adamo urged media funders to leverage their power to require change. For example, the European Commission, of which she is a part, runs the Creative Europe Media Program to support the development, promotion and distribution of European media works. “For the next seven years, we will ensure that those who request Creative Europe funds commit to gender equality in their company strategies,” she said.

Regulation is a complex and delicate debate, said Adamo. Regulators need to make sure different human rights at play do not conflict. For instance, regulations should not unduly diminish freedom of expression for the sake of protecting gender equality.

There are ways to go about it that work, she said. In 2018, the European Commission introduced an audiovisual media directive prohibiting broadcast news from containing content that incites hate or violence on the grounds of race, ethnicity, gender or sexual orientation, for example.

“Conflict exacerbates stereotypes that lead to violence against women and minorities,” said Sandino. The Colombian senator explained that regulations aren’t meant to hinder the free press, but to set up an inclusive ethical framework. She praised newsroom gender quotas as one option, adding that there should be a minimum percentage of women required for senior positions, as well.

Regulations are necessary, but they are a long route to change, said Alaka. These efforts always need to be supplemented by local, independent and immediate initiatives, such as training.

Tobal, based in Argentina, suggested that the country could bridge regulation and education by extending a current law there that requires training on gender perspective, diversity and violence for state workers to include the media as well.

Sandino considers media ownership a key facet of the fight for change. “In Colombia, there is no woman owner of media. All conglomerates are handled by men. We need [women in charge] of information management, language, elimination of stereotypes and creating the space for women,” she said.

The panelists agreed on the need to diversify sources and cite more women experts on all issues. Oftentimes, journalists go to their same sources repeatedly, out of convenience. The media, however, can help turn women sources who aren’t usually consulted into top experts in their fields, or for specific stories, Alaka noted.

“The media can make newsmakers,” she said. By adding women experts to their source lists, journalists can help change the perception of women in society.

Héloïse Hakimi Le Grand is a communications associate at ICFJ.

This story was originally published by IJNET, International Journalists’ Network