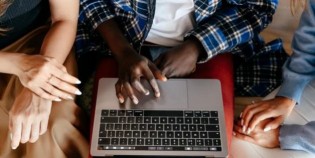 By Ignatius Banda
Zimbabwe goes to the polls in July for the first general election since the departure of Robert Mugabe, and the jockeying over who will represent the country’s major political parties is in full throttle.

By Daniel Gutman
It was an unexpected move by a group of women in the lower house of the Argentine Congress. At one o'clock in the morning, during a long parliamentary session, they demanded the approval of a stalled bill for gender parity in political representation. There was resistance and arguments, but an hour later, the initiative became law by a large majority.

Opinion: Sharing the Vision of a Changed World

By Janet C. Nelson and Constance J. Peak
This year has many initiatives taking place in the realm of women’s leadership, but one platform and movement in particular is standing out, and people are noticing. We are the founders of IMPACT Leadership 21, leadership architects for inclusive, high growth economies.

By Susan McDade
Among all the impacts of climate change, from rising sea levels to landslides and flooding, there is one that does not get the attention it deserves: an exacerbation of inequalities, particularly for women.
Next Page »
ADVERTISEMENT ADVERTISEMENT