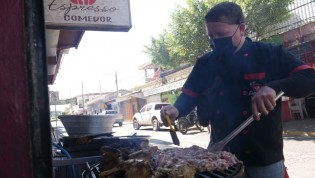 By Edgardo Ayala
Salvadoran villager Maria Luz Rodriguez placed the cheese on top of the lasagna she was cooking outdoors, put the pan in her solar oven and glanced at the midday sun to be sure there was enough energy for cooking.
Next Page »
ADVERTISEMENT ADVERTISEMENT