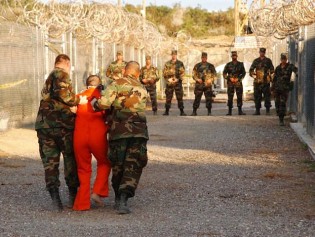 By Carey L. Biron
Civil liberties and human rights groups are applauding the White House’s announcement Monday that Dzhokhar Tsarnaev, the lone surviving suspect in last week’s bombing in Boston, will not be charged as an enemy combatant, as some conservative politicians here had been urging.
ADVERTISEMENT ADVERTISEMENT