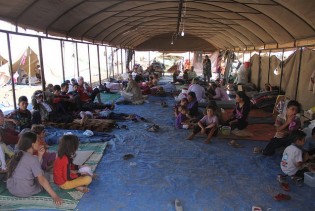 By Thalif Deen
When United Nations Secretary-General Ban Ki-moon stood before 78 potential donors at the Bayan Palace in Kuwait Tuesday, his appeal for funds had an ominous ring to it: the Syrian people, he remarked, "are victims of the worst humanitarian crisis of our time."
ADVERTISEMENT ADVERTISEMENT