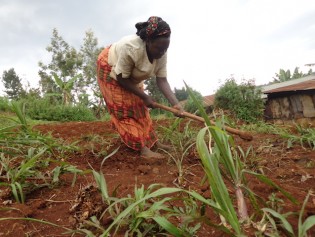 By Miriam Gathigah
When Kiprui Kibet pictures his future as a maize farmer in the fertile Uasin Gishu county in Kenya’s Rift Valley region, all he sees is the ever-decreasing plot of land that he has to farm on.