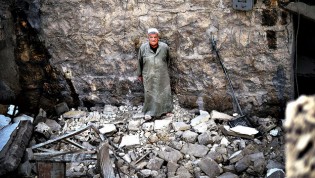 By Thalif Deen
The United States, which is preoccupied with the ongoing political and military developments in Syria, is still saddled with an unresolved problem elsewhere in the Middle East: the military takeover of Egypt's first democratically-elected government.

By Thalif Deen
When the dust settles from the ongoing deadly confrontations between the Egyptian armed forces and thousands of Islamist protesters in the streets of Cairo and Alexandria, the eventual winner will be the United States - specifically U.S.-made weapons systems in the hands of the country's 440,000-strong military.
ADVERTISEMENT ADVERTISEMENT