Global Centre for the Responsibility to Protect 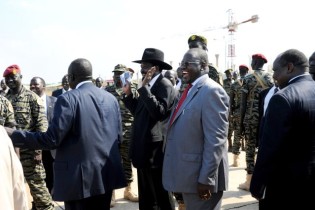 By Samuel Oakford
Hours after forces ostensibly under Riek Machar’s command claimed victory in the strategic South Sudanese city of Bor, the former vice-president and once again rebel commander announced he would – after a week of postponement – send an envoy to upcoming peace dialogues in Addis Ababa with regional leaders and representatives of his one-time superior and comrade, President Salva Kiir.
ADVERTISEMENT ADVERTISEMENT