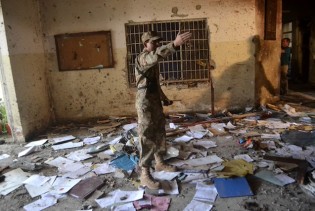 By Kanya D'Almeida
There was a time when images from war zones featured only battlefields and barracks. As warfare moved into the 20th century, pictures of embattled urban centres and rural guerilla outposts began to make the rounds.
ADVERTISEMENT ADVERTISEMENT