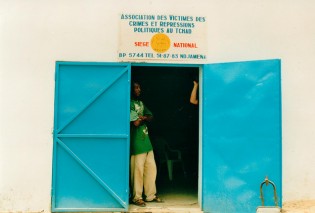 By a Global Information Network correspondent
After years awaiting justice by a court of law, Chadian citizens packed the Palais de Justice in Dakar, Senegal, to catch a glimpse of Hissene Habre, president of the central African nation from 1982-1990 during which time his iron fist rule took between 1,200 and 40,000 lives, according to evidence compiled by Chadian and international rights groups.
ADVERTISEMENT ADVERTISEMENT