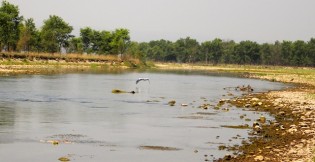 By Amantha Perera
Residents of Jhirpu Phulpingkatt, a village nestled in the foothills of the Himalayas, about 110 km from Nepal’s capital Kathmandu, are on red alert.
ADVERTISEMENT ADVERTISEMENT