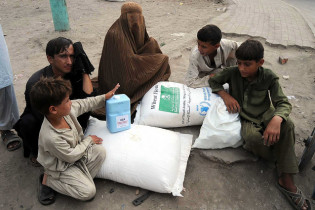 By Carey L. Biron
A group of environmentalists, gender activists and international finance watchdogs are calling on the U.S. government to support calls for the World Bank to step back from a new programmatic focus on large-scale infrastructure, which critics say does little to help alleviate poverty.
ADVERTISEMENT ADVERTISEMENT