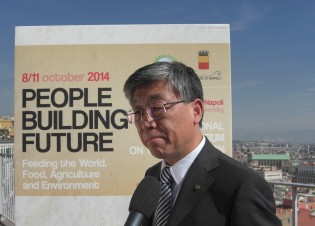 By Stephen Leahy
The world is increasingly hungry because small farmers are losing access to farmland. Small farmers produce most of the world’s food but are now squeezed onto less than 25 percent of the world’s farmland, a new report reveals. Corporate and commercial farms, big biofuel operations and land speculators are pushing millions off their land.
ADVERTISEMENT ADVERTISEMENT