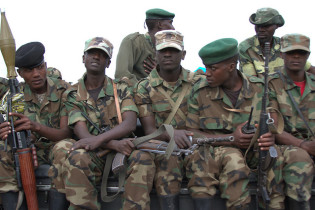 By Stanley Karombo
As the first of South Africa’s troops are expected to begin arriving in the Democratic Republic of Congo as part of the United Nations intervention force at the end of April, governance experts have welcomed the world body’s new mandate in the Central African nation.
ADVERTISEMENT ADVERTISEMENT