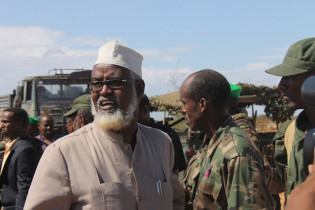 By Abdurrahman Warsameh
A Kenyan military advance into Somali territory to push back Islamic militants has had some measured military success - but is not without controversy.
ADVERTISEMENT ADVERTISEMENT